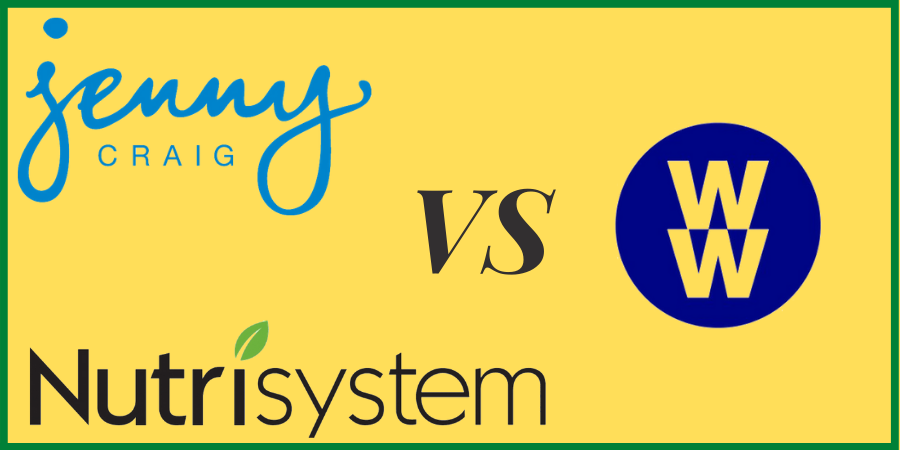 Have you been searching for best diet plans for weight loss? If so, then you might have heard of Nutrisystem, Weight Watchers and Jenny Craig. These three are the most popular diet plans in the market with huge popularity and customer base. But when it comes to pick one out of these three, most of us get confused to compare and sort it out. Here we are going to compare Jenny Craig vs Nutrisystem vs Weight Watchers WW, one on one to find out which one is the best diet plan for weight loss among these three.

Later in 1985, the company expanded its business in the USA, and currently it has over 600 centers worldwide. Jenny Craig offers premade meals that are specially designed by professional chef and dietitians.

It also offers one on one consultation via phone and walk-in. In this weight loss program, the consultant access and analyze your motivational level, activity level, and eating habits to plan a customized meal and weight loss regime for you.

Nutrisystem was established in the year 1970 by Harold Katz. The reason behind the establishment of this weight loss program was the inspiration by Harold’s mother who failed to lose weight even after continuous attempts.

Later, the company expanded to provide personalized meals at the doorstep that are designed according to your eating habit, physical structure, condition, lifestyle, behaviors, and weight loss goal. Read detailed review on Nutrisystem for more information

Weight Watchers, now rebranded as WW, is a popular weight loss and fitness program that was founded about 50 years back. WW was established by Jean Nidetch. The story behind the establishment of Weight Watchers is quite interesting.

The idea of establishing WW came to Jean’s mind when she was suggesting a few weight loss tips to her friends and fortunately, these tips worked for them. This motivated her to set up her own company to help people lose weight safely and effectively.

Initially, Weight Watchers was also providing meals to the users, but few years back, it evolved into a personalized weight loss program that guides people to lose weight with personalized support and guidance along with healthy recipes and list of foods to eat and avoid.

Out of 656 users on Consumer Affairs rated Nutrisystem with 3.8 stars out of 5. Whereas, it has been rated with 2.9 stars by 1991 users on Trustpilot.

Out of 114 users on Consumer Affairs rated Jenny Craig with 3.9 stars out of 5. Whereas, it has been rated with 3.2 stars by 1 user on Trustpilot.

Out of 582 users on Consumer Affairs rated Weight Watchers with 3.9 stars out of 5. Whereas, it has been rated with 1.9 stars by 75 users on Trustpilot.

Nutrisystem has 9 different plans from basic to customized and from vegetarian to diabetics. The pricing for Nutrisystem starts from $9.29 per day to $13.21 per day. Whereas, Jenny Craig has limited plans as there are only 3 plans available, and it ranges between $12.99 to $23.39, that is quite costly compared to Nutrisystem.

With Jenny Craig’s healthy meals and eating habit, you can expect to lose up to 2 pounds every week. Although, same success results are claimed with Nutrisystem also as it also claims to help you lose 1-2 pounds per week.

Which is better Jenny Craig or Nutrisystem?

Though both diet plans are quite similar in working process and features, Nutrisystem is more affordable, versatile, specific, and value for money, compared to Jenny Craig.

Both Nutrisystem and Weight Watchers provide you nutritional guidance and tips analyzing your eating habit and body structure. The only major difference between these two competitors is that Nutrisystem is a weight loss meal delivery system whereas Weight Watchers is an online support system that provide you online consultation and with healthy diet recipes so that you can prepare your meals at home by yourself.

Nutrisystem give option to its users to choose from 9 different plans that are uniquely designed and planned according to user specific needs. The plan ranges from $$9.29 per day to $13.21 per day. Whereas, Weight Watchers give you three online program plan options that ranges between $3.38 per week to $6.92 per week.

As both brands have different work pattern, the success rate also are justified on different criteria. Where Nutrisystem promises to help you lose 1-2 pounds every week through its personalized meals, Weight Watchers has also rated excellent for its effective results.

Which is better Weight Watchers or Nutrisystem?

Those who love to cook their own food and need professional support, Weight Watchers is just for you. But if you need prepared meals delivered at your doorsteps, Nutrisystem is the best choice as it also gives you online consultation.

Weight Watchers has three plans that ranges between $3.38 per week to $6.92 per week. These plans include online consultation, fitness and progress tracking, exercise modules, healthy meal recipes, and nutritional guidance. Talking about Jenny Craig, it also has 3 plans that ranges between $12.99 to $23.39 that includes premade meals, but you need to pay extra for online consultation.

Weight Watcher’s popularity proves that it has helped thousands of people since its establishment, and it is the best option for those who don’t care of premade meals. Talking about Jenny Craig, it promises and claims to help you lose about 1-2 pounds every week through its healthy meals and nutritional guidance.

Which is better, Jenny Craig or Weight Watchers?

Choosing Jenny Craig gives you the option to explore and choose lots of meals that are delivered to your doorstep along with online tracking, but you will be required to pay for an online consultation. If you choose WW, you will only get online consultation, recipes, and tracking but no meal delivery system.

Who Is The Winner?

All the three diet plans Nutrisystem, Jenny Craig, and Weight Watchers are very popular and highly rated in the market. Being so much diversified, strategic and structured, these plans serve varied type of features on your table.

Therefore, the things are turned to your side as if you need delicious, premade meals delivered to your home along with online consultation, Nutrisystem and Jenny Craig are the choices.

But if you are ready to cook yourself with professional recipes, daily tracking, and consultation, then Weight Watchers is best for you.

But my top pick is going to be Nutrisystem as it not only gives you premade meals and progress tracking, but also gives you free online consultation and support. 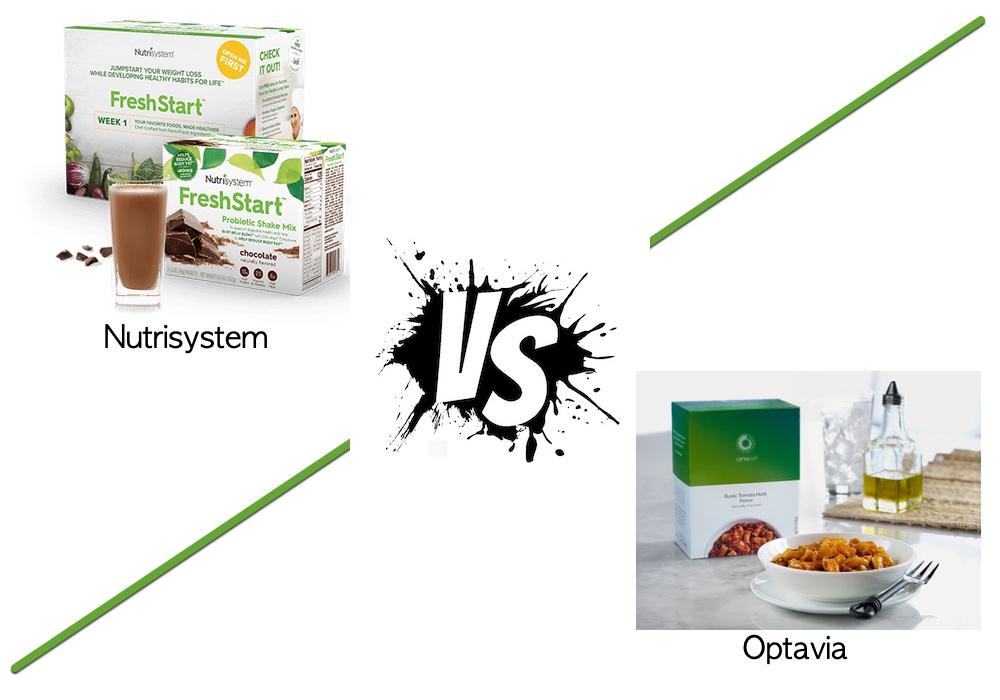 Nutrisystem Vs Optavia – Which is Better in 2023?